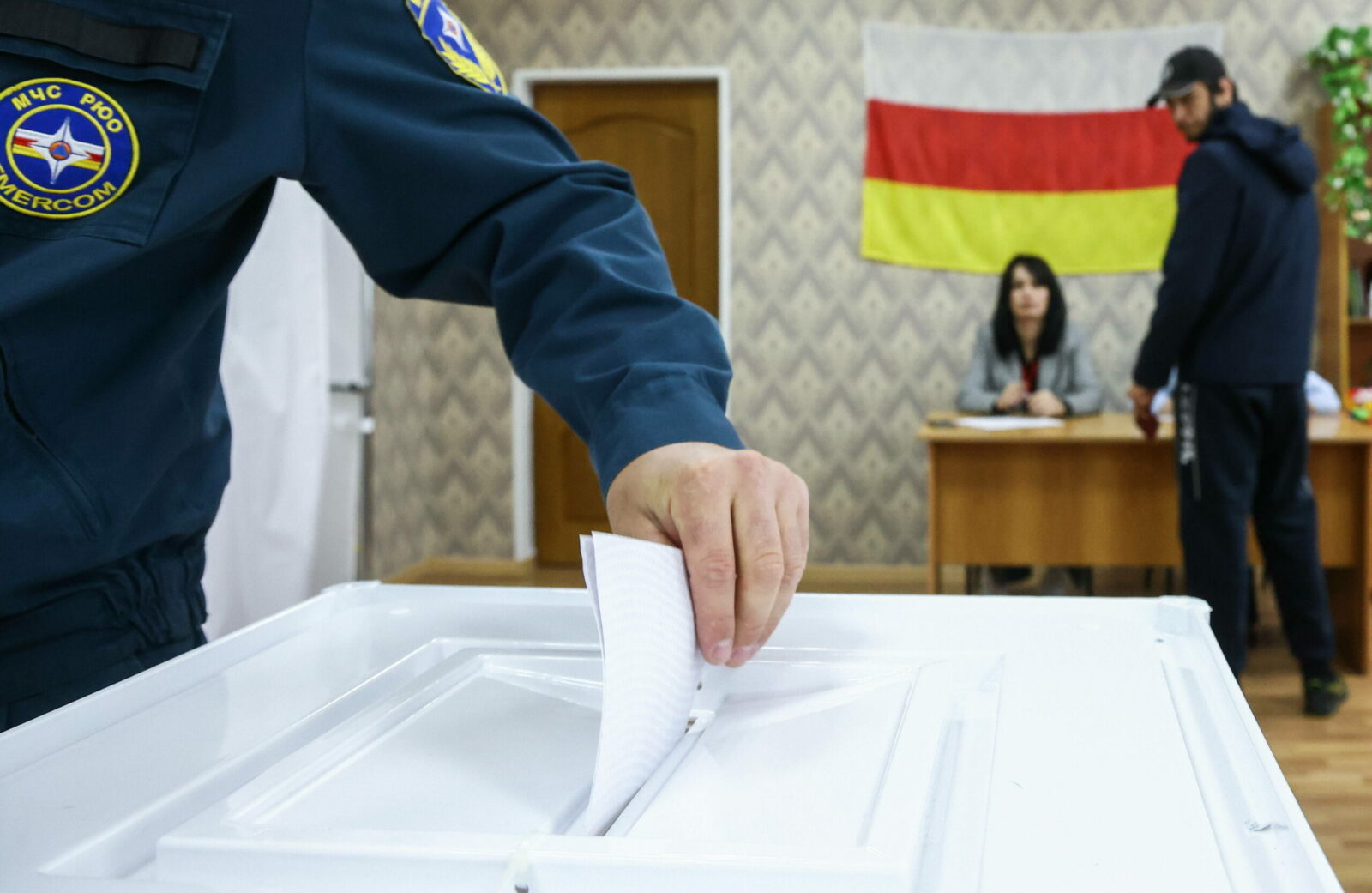 In the recent presidential elections in South Ossetia the question of a referendum to join Russia played an important role. But ultimately, it will be the Kremlin to decide if, when and how this breakaway region of Georgia will be allowed into the Russian Federation.

The question of a referendum on joining Russia became a main political topic in South Ossetia after the victory of the opposition candidate, Alan Gagloev, in the second round of the presidential elections on May 8, 2022. Gagloev, leader of the Nykhas party, won the election against incumbent president Anatolii Bibilov with the support of all the opposition forces, with 56.09% of all votes, against Bibilov’s 40.9%. Only 3.01% of the voters chose to vote “against all”, at a total turnout of 73.93%. As during the first round, Georgia condemned the elections as illegal.

Regarding the question of the referendum, on May 11 Gagloev took a cautious stance after his victory, stating that there will be a referendum, but only at the right moment. Indeed, Gagloev declared on the Russian state TV channel Rossyia 24 that South Ossetia was ready to conduct the referendum on the unification with Russia when the opportune moment would come. According to him, the question was not only on the unification with Russia but also through which mechanisms. “This does not only depend on South Ossetia but also on Russia, and it is necessary to agree on these steps together,” he declared. He also pointed out that there were already referendums on the question in South Ossetia, which remains ready to undertake “a referendum on the next steps together with the Russian Federation.”

Yet, Bibilov seems to have played Glagoev a chip shot when he signed on May 13 the presidential decree “On the announcement of a referendum of the Republic of South Ossetia” about the question of the unification with Russia, scheduling it on July 17, 2022. Per the Constitution of South Ossetia, the Parliament needs to approve presidential decrees only in the case of the proclamation of a state of emergency (Art. 62.18). However, this does not automatically mean that South Ossetia will join Russia on that very day or during the following ones.

At this moment, not only South Ossetia is contemplating a referendum to join Russia. In Russian controlled areas of Ukraine, such plans are also announced but interestingly not yet scheduled. On the one hand, there are indications that planned referenda about joining Russia in the so called Donetsk and Luhansk People’s Republics, originally scheduled for May 14 and 15, 2022, will be postponed. On the other hand, new information points to annexation plans of Southern Ukraine to the Russian Federation even without holding referenda. The Russian occupation authorities in Kherson declared on May 11 that they intended to allow residents of Kherson oblast‘ to acquire “voluntarily” Russian passports by the end of the year.

On top of this, the collaborators of the Russian-imposed new regional in Kherson addressed Russian President Vladimir Putin with a request to include the region in the Russian Federation, and that they were preparing all the required legal steps (including the passportization of the residents) to make it possible. Kremlin spokesman Dmitri Peskov replied to this appeal by stating that the oblast’s residents would decide to undertake such a step, via referendum, „as in the case of Crimea.“ We must remember that the annexation of Crimea was an exceptional case, as underlined by the record speed through which the Russian State Duma approved and Russia’s Constitutional Court confirmed the treaty of annexation of the Republic of Crimea to Russia back in 2014.

Let’s get back to South Ossetia: The inauguration of Gagloev is to take place on May 24, 2022, ten days after his election. As he would step into his office, we can expect the President-elect to postpone the date of the referendum, with all the political upshots that such a decision might have among the internal audience. Indeed, to understand Gagloev’s victory, we must rather acknowledge that it was Bibilov’s defeat, as the former president had grown highly unpopular in the South Ossetian society.

Bibilov’s decision, therefore, looks like part of an internal political struggle in the contested state, despite Bibilov’s congratulations to Gagloev. Indeed, Gagloev criticised Bibilov’s decision to sign the decree due to the situation where Russia finds itself, that is, the war in Ukraine. He also stated that the referendum would take place only with Russia’s agreement and in the respect of the international norms and agreements between South Ossetia and Russia, such as the 2015 Treaty of Alliance and Integration signed between Moscow and Tskhinvali.

Finally, it is the reactions in Russia to which we should pay the most attention. The Russian newspaper Vedomosti reports that many among those politicians who had supported Bibilov’s referendum proposal (such as the Head of North Ossetia Sergey Menyaylo and United Russia’s MPs Artyom Turov and Andrey Klimov) refused to comment on the question. Instead, Konstantin Zatulin, first deputy chairman of the CIS Affairs Committee of the State Duma, declared to Vedomosti that the “referendum is out of place for Russia right now” and the new president and not the old one must take such a decision. On the same line, as reported by Ekho Kavkaza, Zatulin declared that this referendum would create „a surge of emotions“ in neighbouring Georgia and that adding this question next to the so-called “special operation” in Ukraine does not seem to be opportune.

The referendum to join Russia in South Ossetia, therefore, appears to belong to a wider process of “enlargement” of the Russian Federation into contested and/or occupied territories of other former Soviet republics, especially in Georgia and Ukraine. Only the developments of the war in Ukraine can tell if and when South Ossetia will be any closer to Russian annexation and if this enlargement process will be successful. Ultimately, Moscow retains the final word on the „when” and “how” of the question. The fact that Bibilov’s decision found cold or no reception in Russia means that, for the moment, South Ossetia is no closer to a Russian annexation than it was before February 24, 2022.

Elia Bescotti is a PhD. Candidate in Political Science at the Université Libre de Bruxelles and Researcher on the project “Between Conflict and Cooperation: The Politics of International Law in the post-Soviet Space” (funded by BMBF, PolVR 01UC1901) at the Leibniz Institute for East and Southeast European Studies in Regensburg, Germany.