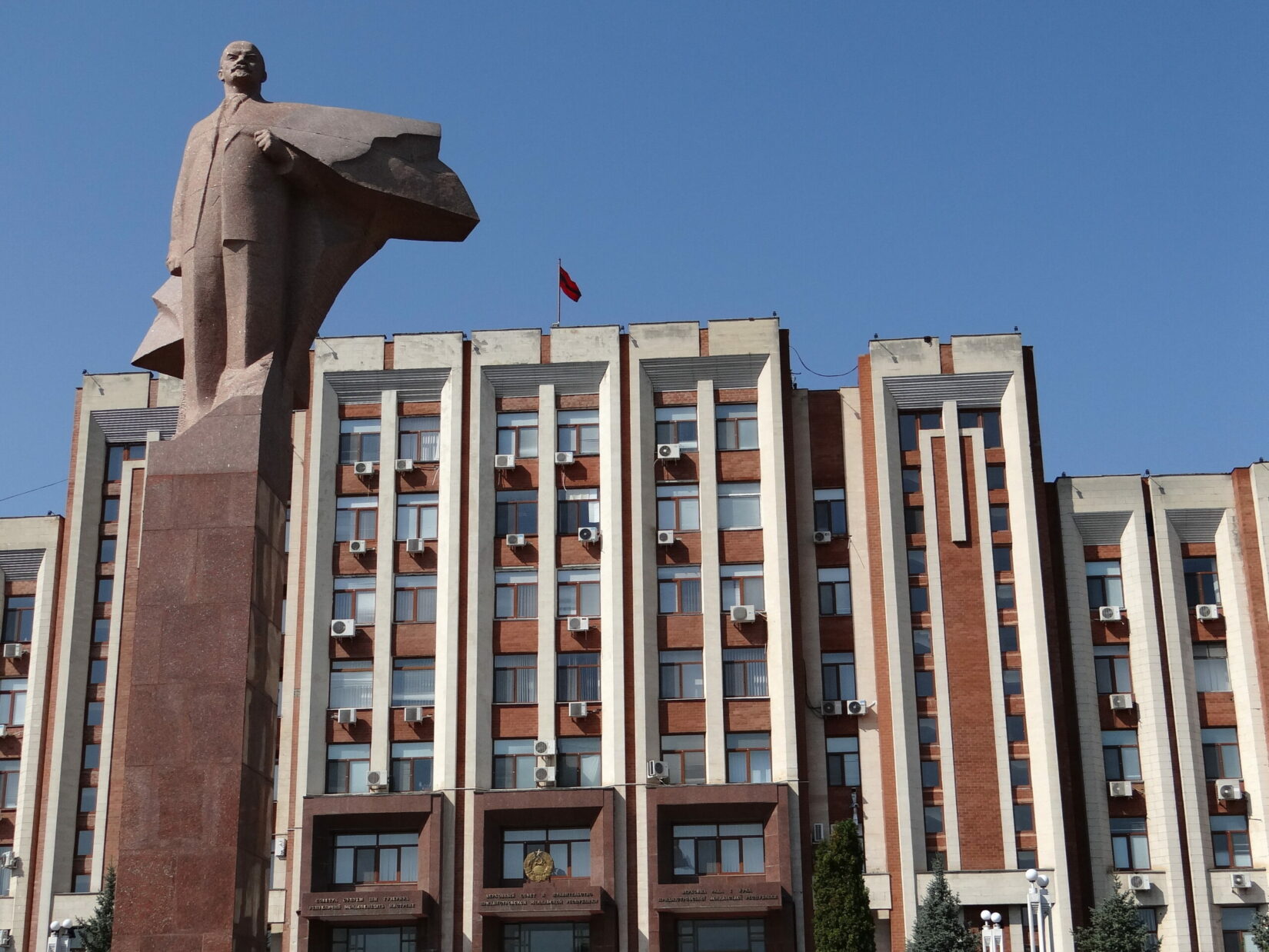 A series of recent attacks in Transnistria sparked the fears that the Russian war in Ukraine could extend to Moldova. Yet, the longstanding practices of conflict management and regulation between Chisinau and Tiraspol make such a spill-over unlikely.

The question of the involvement of the so-called Moldavian Republic of Pridnestrovie (otherwise known as Transnistria) in the theater of hostilities in Ukraine since the beginning of Russia’s „special military operation“ has become topical. This issue is attracting increasing attention mainly due to two factors. First, the Ukrainian leadership fears the possible participation of Russian troops stationed in Transnistria in Russia’s military operations, increasing hostilities in the southern theater towards Odesa. Second, there is the risk of a preventive military strike by Ukraine itself against military facilities in Transnistria. Indeed, on April 25-26 there was a series of explosions in the region that affected the building of the Ministry of State Security in Tiraspol, a radio center in the village of Mayak, and the largest ammunition depot in Eastern Europe in the village of Kolbasnoy. This increased fears among observers, experts, and the local population.

In our opinion, however, the possibility hostilities spreading to the territory of Transnistria is minimal. My main argument supporting this assumption is that the security system created by and between Transnistria and Moldova over the last thirty years provides elements of regional and international „checks and balances“. The Agreement on the Principles of Peaceful Settlement, signed on July 21, 1992, after the brief war between Moldovan and Transnistrian troops, forms the foundation of peaceful relations between Moldova and Transnistria. This agreement introduced a Russian peacekeeping force into the combat zone. This force, joined by peacekeepers from Moldova and Transnistria, controls the Security Zone between the warring parties. A Joint Control Commission (JCC), including representatives of Russia, Moldova, and military observers from Ukraine, oversees the management of the peacekeeping forces.

To understand the specifics of the regional security system, one must consider Chisinau’s defeat in the armed conflict of 1992. Indeed, the task of “restoring constitutional order” in Bendery did not occur through military means. In turn, the military defeat had a significant impact on creating a new alignment of socio-political forces in Moldova. Thus, during the parliamentary elections in Moldova in February 1994, the victorious Agrarian Democratic Party advocated the settlement of the Transnistrian conflict through diplomatic and peaceful means. The new constitution of the Republic of Moldova, adopted in July 1994, fixed the status of a neutral state. This decision partly removed from the agenda the sensitive issue – especially for Transnistria and Gagauzia – of the unification of Moldova with Romania. Finally, in December 1994, Chisinau was able to resolve the conflict with Gagauzia. Under the new agreement, the province received a status of autonomy within the Republic of Moldova.

The Moldovan government entered into official direct contacts and negotiations with the leaders of Transnistria, based in the city of Tiraspol, in 1993. Only direct engagement between the conflicting parties made it possible to resolve many acute issues. Gradually, these contacts established the minimum but necessary level of trust without which any negotiations would have failed. In other words, Chisinau began to use diplomatic, political, and economic tools to resolve the conflict.

It is worth recognizing that such a strategy gradually began to yield results. For example, the new economic rules established in 2006 gradually allowed Moldova to reorient Transnistrian exports from the Russian Federation to the countries of the European Union. More importantly, this process allowed for the registration of Transnistrian enterprises in Moldova. At the same time, Tiraspol also tried to take the most advantage of the changing foreign economic and regional conditions to receive maximum dividends in its favor. A vivid example of such efforts is the outcome of the negotiations between the leadership of Transnistria and the delegation of the European Union in 2015 on the subject of certain conditions for the participation of Tiraspol in the Deep and Comprehensive Free Trade Agreement between the EU and the Republic of Moldova.

In addition to the peacekeeping mechanism of security guarantees, as well as direct contacts between the conflicting parties, the international format of the guarantors and observers ensuring the dynamics of the negotiation process is important. Since 2005, the “5+2 formula” has been in effect in the search for a settlement, which includes the parties in the conflict (Moldova and Transnistria), the guarantor countries (Russia and Ukraine), the OSCE as the mediator, and the EU and USA as observers.  Notwithstanding the criticism of experts about the low effectiveness of this approach, its uniqueness lies in the fact that none of the actors involved exercises a dominant influence on any of the conflicting parties. This stands true despite the involvement of Russia, Ukraine, the EU, the US, and the OSCE in the negotiation process. Russia had such influence only until 2003 when Moscow tried to implement the well-known „Kozak Memorandum“.

The dynamics of the settlement of political issues between the parties reflect this situation. Yet it is precisely by ensuring peace on the banks of the Dniester that international actors have the opportunity to implement their strategies and non-military tactical developments to resolve the conflict. For example, the European Union’s dynamic policy of promoting confidence-building measures between Tiraspol and Chisinau has yielded positive results over its years of application. At the same time, the possible outbreak of hostilities in Transnistria would question the effectiveness of American diplomacy in ensuring the security and territorial integrity of the Republic of Moldova. As for Moscow, Russia has a wide arsenal of economic instruments to protect its interests in the region with non-military tools. In other words, the violation of the peaceful status quo brings high costs and problems for each participant in the negotiation process. Therefore, preserving peace for Transnistria and Moldova is beneficial for both the “East” and the “West”.

Against this background, the position of Ukraine stands out. After 2014, Kyiv radically changed its position towards Tiraspol. Since the beginning of the conflict in Donbas, Ukraine has begun to consider Russian troops in Transnistria as a potential threat. Such fears are logical from a military point of view. Yet Ukraine knows well both the state of the Armed Forces of Transnistria and the Russian troops deployed in the region, numbering only up to 1,500 people. As mentioned above, Ukraine is one of the guarantors of the Transnistrian settlement and a military observer in the JCC. Thus, from a military point of view, Kyiv perfectly acknowledges that these armed forces cannot pose a serious threat to its military.

Nevertheless, what is also obvious is that just as the defeat of Moldova in 1992 had a significant impact on the dynamics and format of the negotiations between Chisinau and Tiraspol, the outcome of Russia’s invasion in Ukraine will undoubtedly have an impact on them, too. The question remains open: what will be the fallout of these developments for Transnistria and Moldova? And which of the international actors will come up with the initiative to change the format of the negotiation process?

Anatoli Dirun holds a PhD in Political Science. He is the scientific director of the Tiraspol School of Political Studies. Member of the Parliament of Transnistria (2005–2015). Associate Professor at Tiraspol Interregional University. IOS visiting fellow (2018).